You Are Here:
Home
/
Marco Mejia 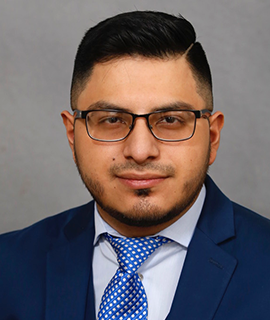 Marco Mejia has been an employee of the United Hebrew of New Rochelle campus since 2015. He started as a security guard at United Hebrew’s skilled nursing home before moving to Willow Gardens when it opened in 2016. Marco demonstrated dedication and compassion in his work and was soon promoted to Lead Security Guard, then to his current position as operations manager in 2018. Marco is responsible for the management of the facility’s concierge and security services and supports the executive director in the day to day operations. Marco says when he was younger, he was unsure of his career path. Now, he has a clear vision for his future in eldercare because of his passion for caring for our residents with dementia. Marco has been a licensed security guard for over eight years.